I love ants.  Every morning I wake up and think “what are my ants doing?” Well, not exactly my ants but the Queens ants.  There are over 14,000 different species of ants with new ones being discovered every year and about 1,000,000,000,000,000 (that’s 1 Quadrillion, which is 1 million billion) ants in the world.  Fire ants are predators and they have a very strong bite, Pharaoh ants are pests and they take over other ants homes and steal food, green tree ants are also predators and eat mainly insects.  These are just a few of the different species in the world.  Regardless of their differences, they all have 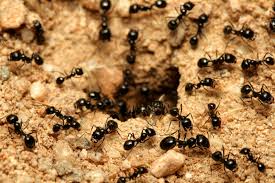 these things in common, they work in a team, they are great builders and they are super strong and really small.

Imagine lifting 20 times your weight.  I weigh about 70 lb if I multiply that times 20 that would equal 1400 lb.  A typical black and white cow (or the Holstein breed) is about 1400 lb.  That means that if I were as strong as an a

nt, I would not only be able to hold a Holstein cow but I would do it with my mouth!!  The ant’s size can be from 1 to 30 mm.  I measured the smallest ant in our backyard which was 3 mm and the biggest 9 mm.  Unfortunately, I didn’t have the correct tools to measure the weight of the ant’s.

One awesome thing about ants is that they work in a team.  They can defeat huge invaders and build giant homes.  For example, Green Tree Ant’s send out scout’s to keep an eye on the area, or in the ant’s case, it would be more like keeping an antenna on the area (haha).  When the scout sense’s a predator, it tries to defeat it but also sends out a chemical distress signal which is like an air horn to the other ants.  Because of the distress signal, a lot of ants arrive on the site to defeat the predator.  There are two different types of “warriors” battlers, and medics.  The ant’s strategy is to have two different groups, one group pins down the prey, while the other group bites the predator over and over again until it is defeated.  The medics take care of the wounded by cleaning the cut to prevent an infection.  That is one way they work as a team to protect themselves. 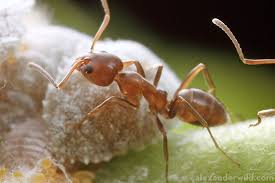 Another thing I love about ants is how they build.  I discovered that the structure of the ant hill is designed so that when it rains the sides of the ant hill collapse on top of the opening and stop the water from drowning the ants inside!  Pretty cool huh?  Also, ants are very determined, if their home is destroyed they rebuild it.  The largest ant hill ever recorded is in Italy and stretches over 6,000 km (3700 miles)!  Can you believe it?  That ant hill is made up of the species Argentine (Linepithema humile) and they are 2-3 millimeters long.  They say this colony can even cover the oceans!! this colony is a super colony, a supercolony is when ants of the same species join forces.  This colony also has more than 1 queen.

These are the reasons I love ants.  I love ants because they work in a team like the green tree ant’s,  build giant homes like the Argentine ants and how they are tiny but strong.

Powered by Convert Plus
Go to Top